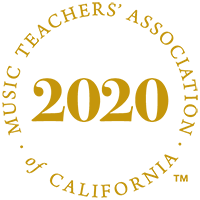 Dr. Elizabeth Dorman is an active member of MTNA, CAPMT, and the MTAC. Her students have gone on to study professionally at schools including the Peabody Conservatory of Music, NYU, and Stony Brook University and have performed in venues including Carnegie Hall, Merkin Hall, and the Baruch Performing Arts Center. She teaches piano, chamber music and musicianship at the Crowden Music Center in Berkeley, chamber music at California Music Preparatory Academy and privately at her studios in San Francisco and Albany, CA.  Previously, she has taught at Stony Brook University and the San Francisco Conservatory of Music Pre-College.  She has given masterclasses at Icicle Creek Music Center, Pacific Lutheran University, Stony Brook University, the San Francisco Conservatory of Music and others, and she currently serves on the board of the Ross McKee Foundation.

Praised by Joshua Kosman of the San Francisco Chronicle for her “crisp, brightly finished” playing and her “elegance and verve,” pianist Elizabeth Dorman received the 2017 Father Merlet Award from Pro Musicis and was a finalist in the 2018 Leipzig International Bach Competition.  Dr. Dorman freelances as a soloist and chamber musician and is based in Berkeley, CA.  She has appeared at international festivals including Tanglewood, Britt, Sarasota, Aspen, Toronto Summer Music, Icicle Creek, has twice been an Artist-in-Residence at the Banff Centre and her live solo performances have been nationally broadcast on NPR and public radio.  She has performed as soloist and chamber musician at important venues including the Kennedy Center, Davies Symphony Hall, Herbst Theater, Leipzig’s Hochschule für Musik "Felix Mendelssohn Bartholdy," and has performed with internationally recognized artists including Colin Carr, Jennifer Frautschi, Teddy Abrams, and Martin Chalifour.

Dr. Dorman studied with Gilbert Kalish at Stony Brook University where she also developed and taught the Piano Pedagogy program while completing her D.M.A.  During her time at Stony Brook, she also served as Head Piano Teaching Assistant where her duties included teaching and managing the undergraduate piano program.  A native of San Francisco, CA, Dr. Dorman began her training with Paul Hersh at the San Francisco Conservatory of Music where she also studied double bass with Stephen Tramontozzi.  Important other mentors also include Robert Levin, Ian Swensen, the Emerson String Quartet, Christina Dahl, Wu Han, and Emanuel Ax.